Hire talent abroad with an Employer of Record

Manage payroll for your entire team in one place

All you need to know to hire abroad

Useful information for companies and contractors

🌍 Start hiring around the globe today

Get expert guidance from the Lano team to compare your options and keep growing.

Low wages and modest annual leave requirements make Colombia an attractive hiring destination for international companies looking to grow their remote teams. With an average weekly working time of 48 hours, employees in Columbia are used to working more than employees in other countries and are generally known for their good work ethic. Although Columbia itself is lacking qualified workers, the country has attracted many highly skilled professionals from Venezuela in recent years.

Although verbal employment agreements are also possible, it is best practice to draft a written employment contract when hiring an employee in Colombia. Colombian labour law distinguishes between permanent and fixed-term employment contracts – the latter need to be in writing and must not be concluded for a period longer than three years (but renewable).

Employment contracts should include the following information:

Probation periods for employees hired under a permanent contract should not exceed two months – one fifth of the employment duration for fixed-term contracts.

Get expert guidance from the Lano team to compare your options and keep growing. 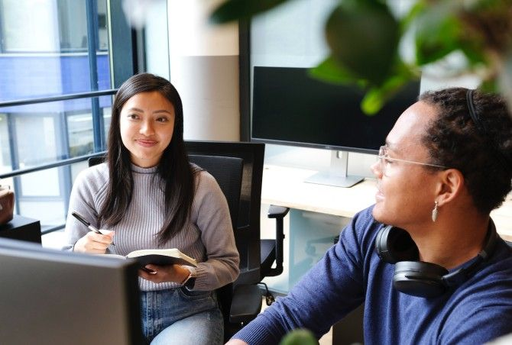 An employee’s standard working week should not exceed 48 hours, i.e. eight hours per day over a six-day workweek. Every employee must have one day off per week which is usually Sunday but may be shifted to another day if detailed in the employment contract.

Overtime work must not exceed two hours per day, i.e. twelve hours per week, and must be paid at a rate of at least 125% for daytime work and 175% for work at night or on public holidays.

In the beginning of 2022, the national minimum wage rose to COP 1 million per month. In addition, the employer has to pay a transportation/connectivity allowance equal to COP 117,172 if the employee earns less than twice the minimum wage.

If an employee is unable to work because of sickness or injury, the employer is obligated to provide sick pay equal to the employee’s usual wages for the first two days of absence. Starting with the third day of sick leave, sick pay is covered by Social Security at a rate of 66.67%. However, payments are limited to 180 days.

Except for those earning an integrated salary, employees in Colombia are entitled to a 13th salary (Prima de Servicios) which is to be paid out in two installments, one in June and the other one in December.

Looking to set up payroll in Colombia?

Employees and employers in Colombia are subject to the following tax and social security contribution rates (rates valid for 2022):

Individual income is taxed progressively based on the following tax brackets (percentage rates given only apply to income exceeding the respective tax bracket threshold):

The “TVU” is the tax unit used by the Colombian government to reset tax thresholds. In 2022, the value of the TVU stands at COP 38,004.

Colombian employees earn 15 days of paid annual leave per year. In addition, the country observes 18 public holidays on which employees are not required to work.

Female employees can take 18 weeks of fully paid maternity leave which can start up to two weeks before birth. Payments are made by the employer who is later reimbursed by Social Security.

Colombian labour law does not provide for further parental leave.

In addition to the leave entitlements mentioned above, employees in Colombia are entitled to paid time off under the following circumstances:

#32 - How to recruit the best talent for global expansion

Both employees and employers can terminate the employment relationship at any given moment without having to respect a notice period. Recognised causes for employment termination include:

The only time an employer has to give notice to his employee is when the concluded fixed-term contract is about to expire and no extension of the contract is intended. In this case, the notice period is 30 days.

Severance pay is required if the employee is dismissed without cause as well as in cases where the employee voluntarily ends the employment relationship. Its amount depends on the employee’s seniority and usual salary:

As there is no unemployment insurance in Colombia, employers must transfer an annual amount equal to one month’s salary (Cesantías) to a special fund for this purpose, which is paid out to the employee under special circumstances – including a 12% interest rate. However, this only applies to employees who do not receive an integrated salary.

This country guide is for informational purposes only and should not be construed as legal advice. The content of this guide contains general information, and although we update this guide regularly, it may not reflect current legal developments. Lano Software GmbH disclaims any liability for any actions you take or refrain from taking based on the content contained in this country guide.

We know the challenges of building remote teams

From compliant contracts to seamless onboarding, get everything you need to build the best team on the planet.

Expaning globally with an Employer of Record

From pandemic to recession: How an EOR helps navigate through a crisis

See what Lano can do for you

One smart platform with everything you need to build and pay your global team. Do you have questions about our solutions, pricing or do you need a consultation? Fill out the form and we'll get back to you shortly.

Speak with an expert